When summer arrives, cities in Italy can be really hot. Even if the temperature arises to 30 degrees Celsius, the perception in some cities can be much more. Turin, which suffers from humidity is a good example. And this year, summer 2017, temperature have touched 37 degrees Celsius.

The solution? Find places with air conditioning. Museums during the day, a good restaurant or bar in the evening. If you are looking for a relaxing and fresh spot in the city centre, I suggest you to visit the bars  of NH hotel.

There are two, with air conditioning, cocktail or coffee and even a restaurant to eat. I still have to try the restaurant, but I can assure, the bars have a nice menu and the prices are in the average.

Nh Collection Piazza Carlina is in Piazza Carlo Emanuele II, known as Piazza Carlina.The bar has a shop window that faces the square which is open in summer, so it is possible to drink outside. Once (or before) you have had your drink, ask to visit the terrace. If you are lucky both terrace and toproof bar bar are open, so, you can also have a drink there. You will be enchanted by the breathtaking view on the Mole Antoneliana. 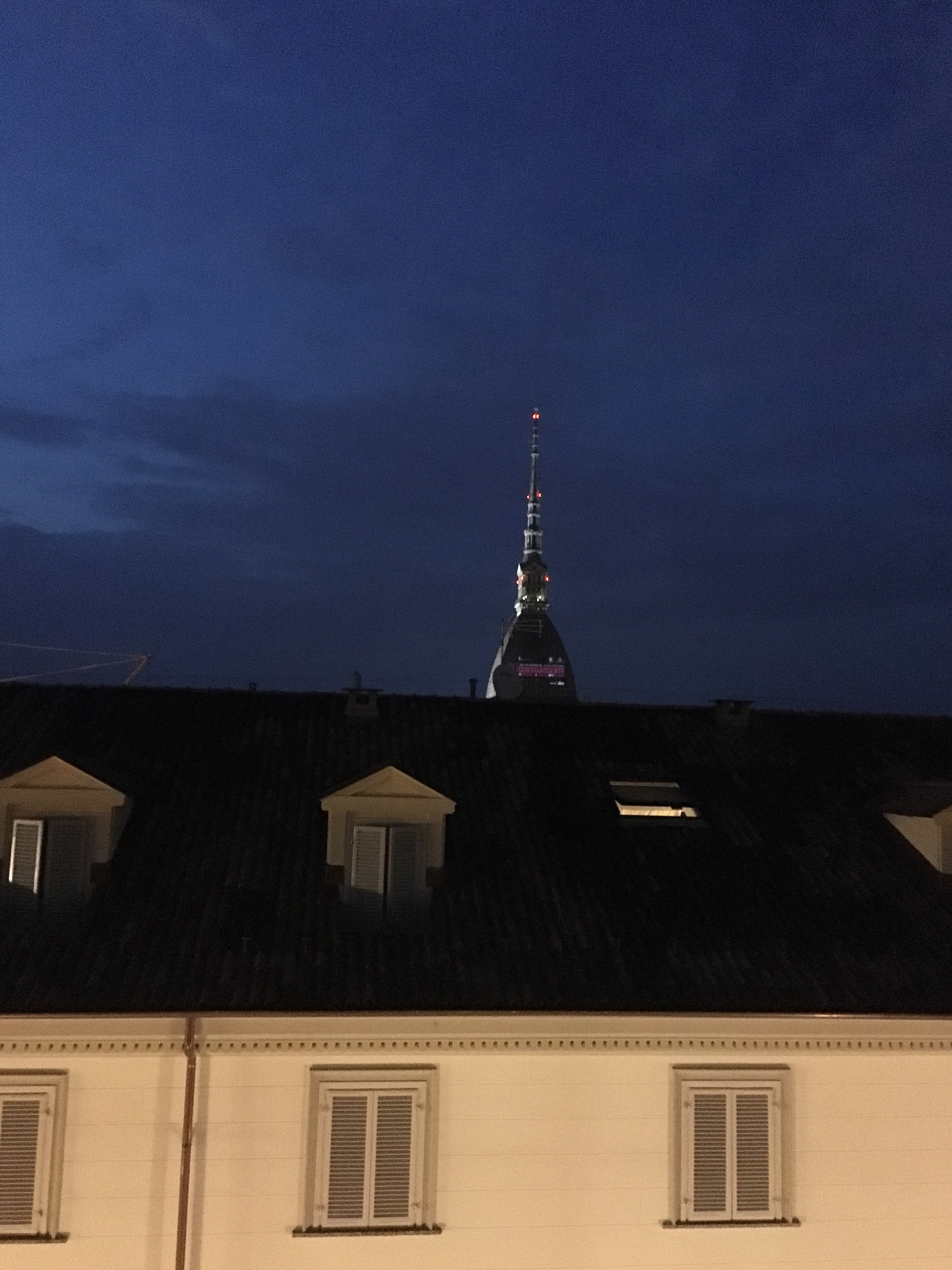 The symbol of Turin from NH rooftop terrace

In the area called Quadrilatero Romano, you will find NH Santo Stefano. Once you enter, you will find a round shaped lobby. Between the lobby and the bar, there are two lifts. Take the lift and reach the 5th floor to access the top of the tower.

View from the NH tower

From there you will see the new Museum district, the last Roman Door of the city, called Porta Palatina, and the area called Quadrilatero Romano, right next to Piazza della Repubblica which hosts the market of Porta Palazzo.

At NH Santo Stefano, the coffee was served with some biscuits and a tasting of dark chocolate. A couple of coffee are less than 4 euros. Not bad to relax with some jazz music in the background. 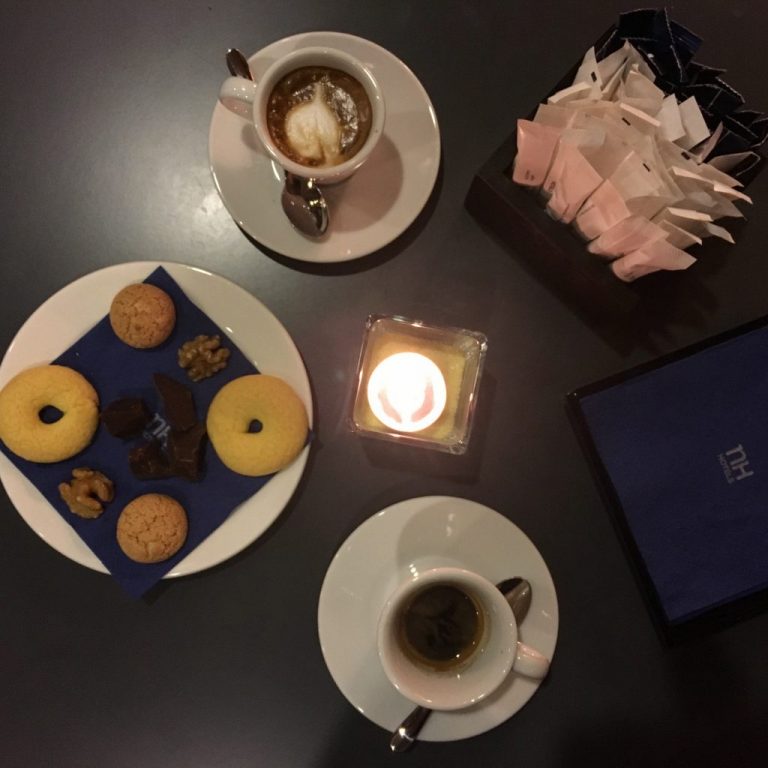 Coffee with biscuits and chocolate

NH Carlina, Piazza Carlo Emanuele II, TorinoIt is the capital city of the Metropolitan City of Turin (an administrative division of Italy) and of the Piedmont region, and was the first...

NH Santo Stefano, Via Porta Palatina 19, TorinoIt is the capital city of the Metropolitan City of Turin (an administrative division of Italy) and of the Piedmont region, and was the first...