Some 40 km far from Milan, there is the town of Pavia, renown for its University.
In the past, it was connected with Milan with an artificial canal called Naviglio Pavese. 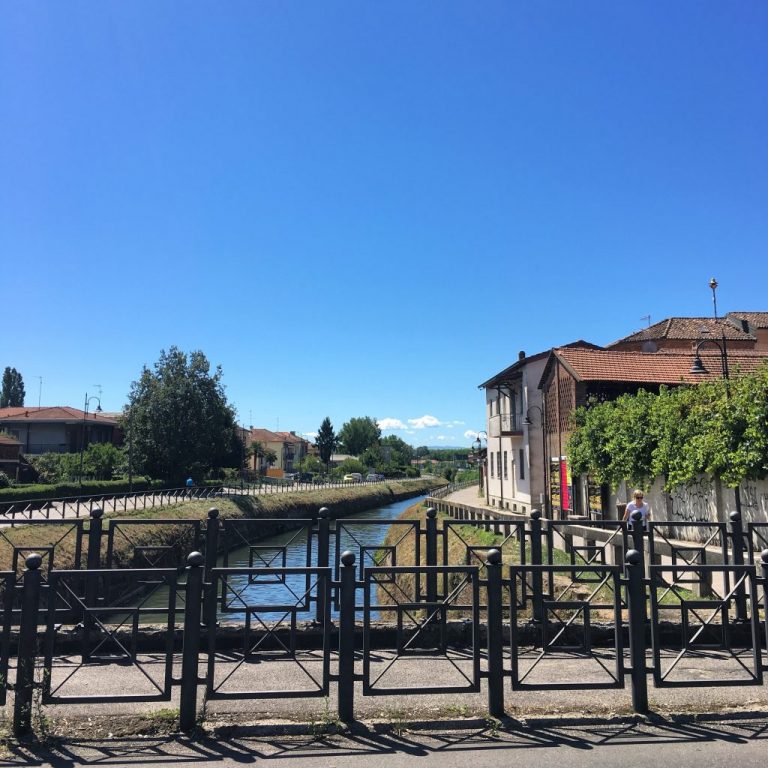 Naviglio, the canal that links Milan with Pavia

Navigli is also a trendy area in Milan full of bars, art galleries and shops that at night host the Movida.

8 Km north of Pavia, stands the impressive complex of the Certosa di Pavia, a monastery located in the village with the same name. 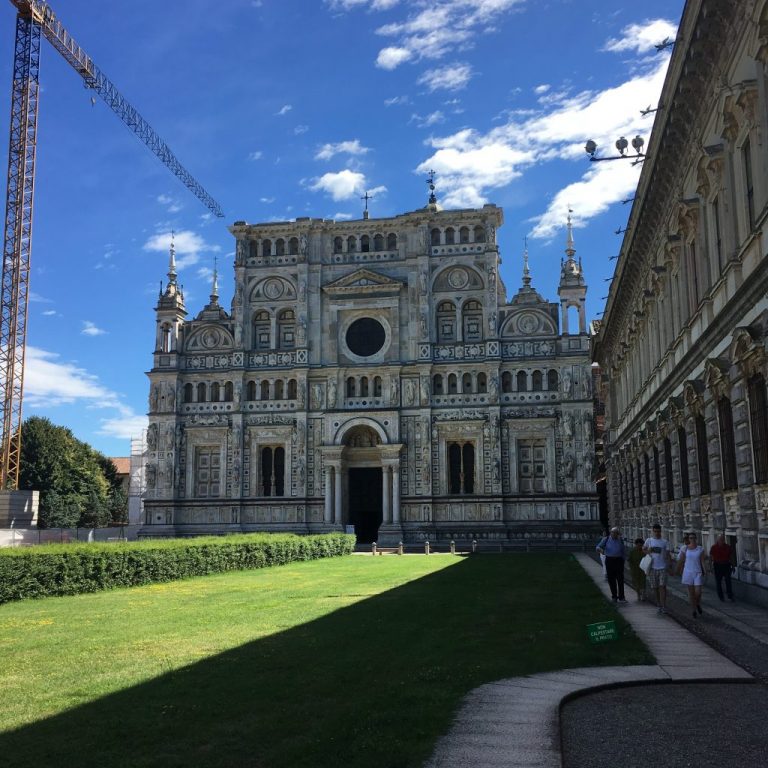 Chartreuse, in Italian Certosa, is the name of the home of the cloistered monastic order of Carthusians (Certosini in Italian) founded by St. Bruno in 1044.

Here the Late Gothic Style and Renaissance meet to shape a breathtaking monument built by the will of the first Duke of Milan, Gian Galeazzo Visconti. The works started on 13 August 1396 and lasted 50 years, in order to respect the vow of Caterina, wife of the Duke, who asked God help for her second pregnancy. Caterina, in fact, had a first pregnancy, but the baby girl had died. So, she made the vow to build a Certosa near Pavia if she had had protection with her second baby. The baby boy died as well but Caterina survived and kept her promise.

The purpose was also that of showing, to the other Italian courts, the power and prestige of the Visconti family, as well as becoming the tomb of the Duke himself.

The complex boasts a Church, Chapels, presbitery, refectory, a small and a grand cloister, and cells to host the monks.

Grand cloister and a cell

The complex also included park and fields where the monks could work, grow medical herb and produce liquor and herbal tea, as well as a fishery to host the fish kept in the nearby river.
Everything is still there but the fishery. And it is still possible to buy the monks products in the shop near the entrance. But today, the Carthusians have left for a quieter place.

In fact, since they observe the total reclusion, when the complex was open to the public, they decided to move to Tuscany, Liguria and Calabria. And the Certosa became of the Cistercian monks.

The visit is free, and is guided by one of the Cistercian monks once they gather 15 people. At the end you can leave an offer, according to your possibilities. And you can buy chocolate, candies or liquor in the shop.

You can reach the Certosa by car, driving towards Pavia, via the state road  Strada Provinciale 35 dei Giovi. Then follow the direction for Certosa di Pavia. There you can also find a camping area. Be aware that it can be expensive. It’s 3 euros per hour and you need a good two hours to visit the complex without hurrying.

You can find a camping area here.

If you want take a coach, and you are in Pavia, go to Via Trieste, in front of the train station. If you are in Milan, you will find a bus in Viale Famagosta. The bus stop is near the Church San Michele, then you need to walk for 15 minutes along Viale Certosa to reach the complex.
Once you arrive, you will find a bar in case you need something to drink or eat.

Near the Certosa there are several trattorias and bars where you can eat, many of them with tourist special proposals. But if you want a tip, and can drive for five minutes, jump here.

Previous Post: « San Felice Circeo: on the footstep of Circe the Goddes
Next Post: Trattoria Samperone: cheap and good near Pavia »