In the province of Catania stand another gem of the Sicilian Baroque: Caltagirone.
Here the art of Ceramics developed since when the area was known as Magna Grecia, during the Greek domination in the 8th century.

The activity of producing colourful pottery developed into a flourish industry in the 10th century, with the Arab dominations. In fact, the Arabs thought how to glaze and paint with different colours.

It seems the sector was on the point to disappear, but Don Luigi Sturzo, the first Italian priest to enter politics, helped it deciding to open the Ceramics School at the beginning of the 20th century.

The symbol of Caltagirone is for sure the famous Scalinata di Santa Maria del Monte, a staircase with 142 steps, each one decorated with ceramic tiles. 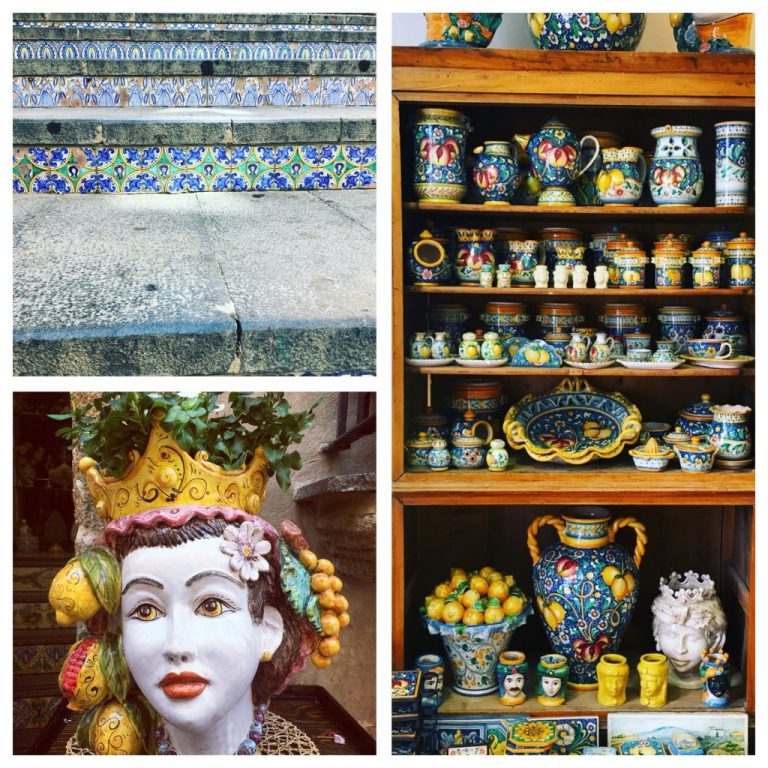 Detail of the Staircase and ceramics

The staircase starts from Piazza del Municipio, the town hall square and the goes up until the Church that takes the same name. I suggest to start from the bottom in order to enjoy the view of the tiles on each step.

If you are in Sicily in August plan a visit on the 15th, because for the celebration called ‘Ferragosto’ the entire staircase is filled with little candles.

On both sides of the staircase you will find pottery shops, among which Ceramiche Failla. At the top of it, on the right stands the Church Santa Maria del Monte with its beautiful automated Nativity. Remain there for few minutes to enjoy the passage from day to night, including a moment when rains hit the left side of the nativity landscape!

If you are here only for one day, I suggest to take the little tourist train for a nice tour around the city, municipal garden included. It costs 5 euros per adults, but children under 10 yo only pay 2.5 euros. 99.9999% the explanation is in Italian. The driver assured me that they can set the automatic explanation (one for all the visitors) in other languages. At the moment I took the train, August 2017, it didn’t work. So, if you are a big group, ask for an explanation in English or in your language, but be prepared to hear “sorry, it only works the Italian one”. 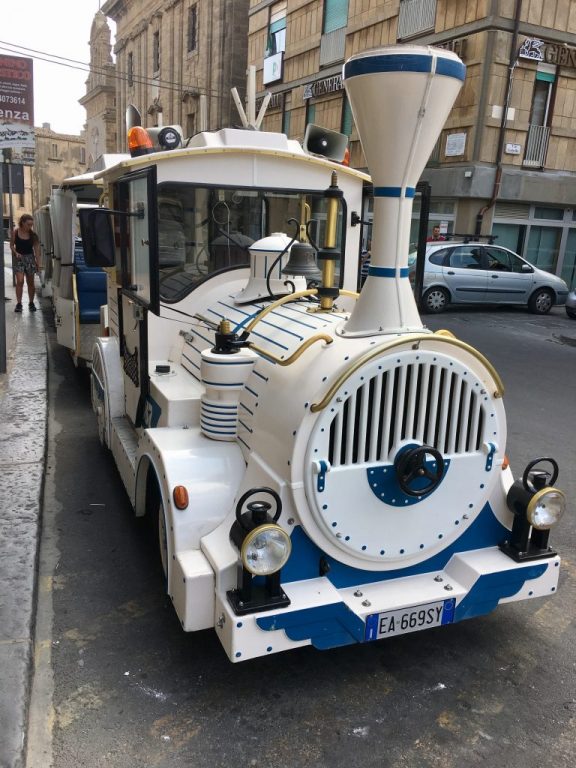 Keep the ticket, because if you visit other cities, you might have a little discount on the train of that city.

Other points of interest include the public garden, decorated with wonderful statues and tails, all in ceramics, the Contemporary Art Museum, the CeramicsMuseum, the Bridge dedicated to San Francesco d’Assisi, and the nearby church. I also suggest a stroll among the “carruggi”, little street named in this way because of the Genoese domination.

You can reach Caltagirone by car or by train. There are two lines that stop here from Catania, the nearby province, and Messina.

Previous Post: « Turin from a rooftop: Some ideas on how to survive a hot summer
Next Post: The one-in-all place in Caltagirone: Bar Iudica e Trieste »